Required cookies are essential to let you move around the website and use its features, such as accessing secure areas, shopping baskets and online billing. These cookies allow our website to provide services at your request.

Functionality cookies are used to remember the choices you make, e.g. your user name, log in details and language preferences. They also remember any customisations you make to the website to give you enhanced, more personal features.

Targeting cookies collect information about your browsing habits to deliver adverts which are more relevant to you and your interests. They also measure the effectiveness of advertising campaigns.

This site uses cookies and related technologies for site operation, analytics and third party advertising purposes as described in our Privacy and Data Processing Policy. You may choose to consent to our use of these technologies, or further manage your preferences. To opt-out of sharing with third parties information related to these technologies, select "Manage Settings" or submit a Do Not Sell My Personal Information request.

Taking a look at the official Volkswagen photos/sketches of the new, upcoming model named Taigo.

The new Taigo is raring to go! Ahead of the model’s official European première, Volkswagen has revealed the name of its upcoming crossover model. The Taigo is a new addition to Volkswagen’s range of SUVs in the small vehicle segment. It impresses with a dynamic and emotional design. The new model also comes with a multitude of assistance systems and state-of-the-art connectivity.

The wait is over for those who have been looking for a CUV (Crossover Utility Vehicle) that combines an elevated seating position with a sporty coupé silhouette. The new Taigo will be launched on the market with economical TSI engines, LED headlights as standard, a modern operating concept, a fully digital cockpit and a multitude of assist systems.

The Taigo is based on the successful Nivus model from Brazil and will be manufactured for the European market in Pamplona, Spain.

MARKET LAUNCH: The new CUV will make its début this summer and will be launched on the market at the end of 2021. 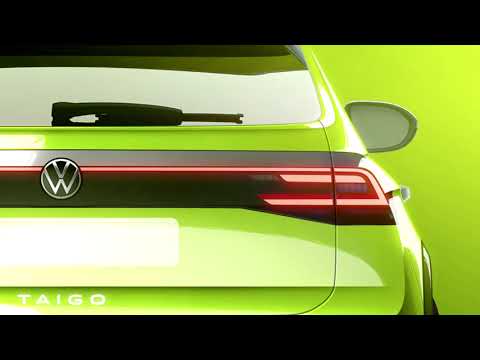 We work with a number of carefully selected credit providers who may be able to offer you finance for your purchase.